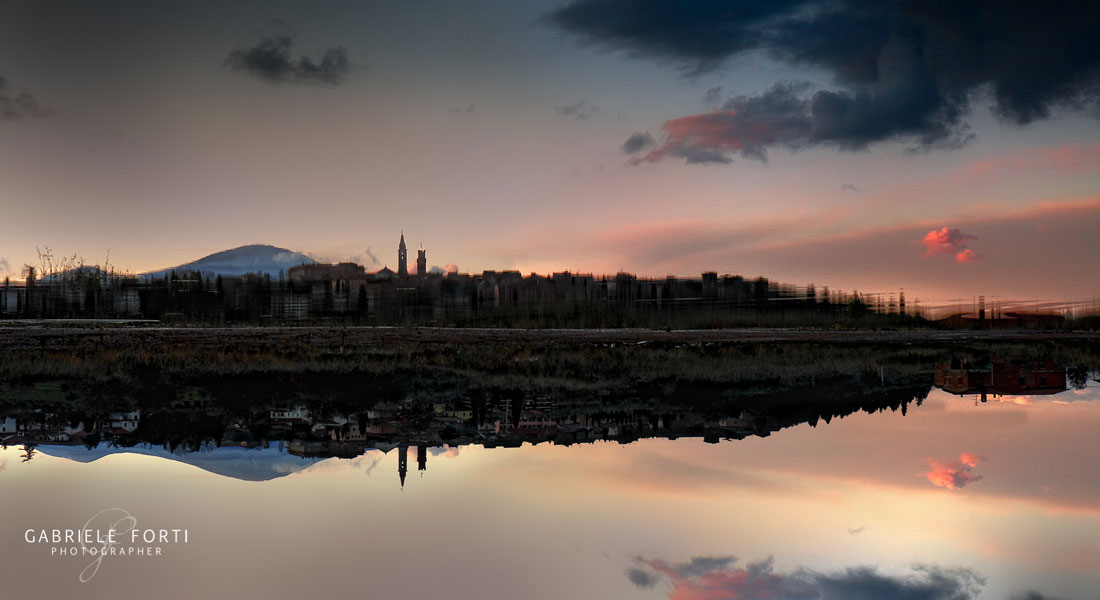 The wonders of the Val d’Orcia: a visit to its fortified towns

Castiglione d’Orcia, Montalcino, Pienza, Radicofani: these are the municipalities which, together with San Quirico d’Orcia, all come under the Val d’Orcia area. A place with fabulous landscapes and fascinating history, understandably the most photographed place of all, and a UNESCO heritage site, the Val d’Orcia has real gems of towns that have so much to offer the visitor.
Today let us give you a little taste of what you’ll see for yourselves during your holiday.
From its name alone, Castiglione d’Orciapromises a wealth of fortresses and castles: indeed, it’s a small, ancient municipality perched on the flanks of Mount Amiata. Its Rocca d’Orcia district is well-known for its fortress, namely Tentennano, a strategic look-out point way back in the Middle Ages. At the top of Castiglione there’s another fortress, the Aldobrandesca, named after the ancient feudal lords of Castiglione, the Aldobrandi noble family. So just walking around Castiglione d’Orcia one never loses the impression of walking through history.
Montalcino, famous for Brunello, its excellent wine that’s loved around the world, has lots more stories to tell. Its Etruscan remains tell of its fascinating, ancient roots even though it only really became known in the early Middle Ages. At that time it was known for its leather working and as a staging post along the Via Francigena, such that it became part of the Siena area. The vestiges of its ancient riches and power are still very evident today, including the imposing stone fortress and the Priori palace with its very tall tower that stands on Piazza del Popolo. This is real gem of the town’s municipal landscape.
Val d’Orcia’s iconic location and pulsating heart, for its unequalled beauty, Pienza is rightly one of the most visited fortified towns of the Val d’Orcia. Its historic centre, as we still see it today, was built literally at the behest of Pope Pious II who was born here in 1405. The centre was built following Renaissance architectural principles, so walking through its streets you get an incredible feeling of harmony and balance, which are the essence of renaissance architecture. And if that weren’t enough, the views over Pienza are nothing if not spectacular and its beauty of its green areas are no less wonderful: in fact, the fossilised remains of a prehistoric dolphin were found in its Lucciola Bella park.
Radicofani is the fortified town that perhaps best reflects its medieval heritage, and was even praised by Dickens. This area was a land of conflicts and feuds throughout the Middle Ages and Renaissance periods, it was highly valued and much coveted by rulers, nobility and rival municipalities, especially Contignano, that today numbers among its districts. Of all the places of interest, must-visits are the churches of San Pietro and Sant’Agata, and the fortress at the top of the town, with its imposing, thick walls and its castellated towers.
So, this is our little taste of the Val d’Orcia fortified towns, and we’ll leave you the pleasure of discovering San Quirico d’Orcia in person. The Capitano Hotel Collection looks forward to welcoming you and showing you the marvels of our fortified town and the whole of the Val d’Orcia.