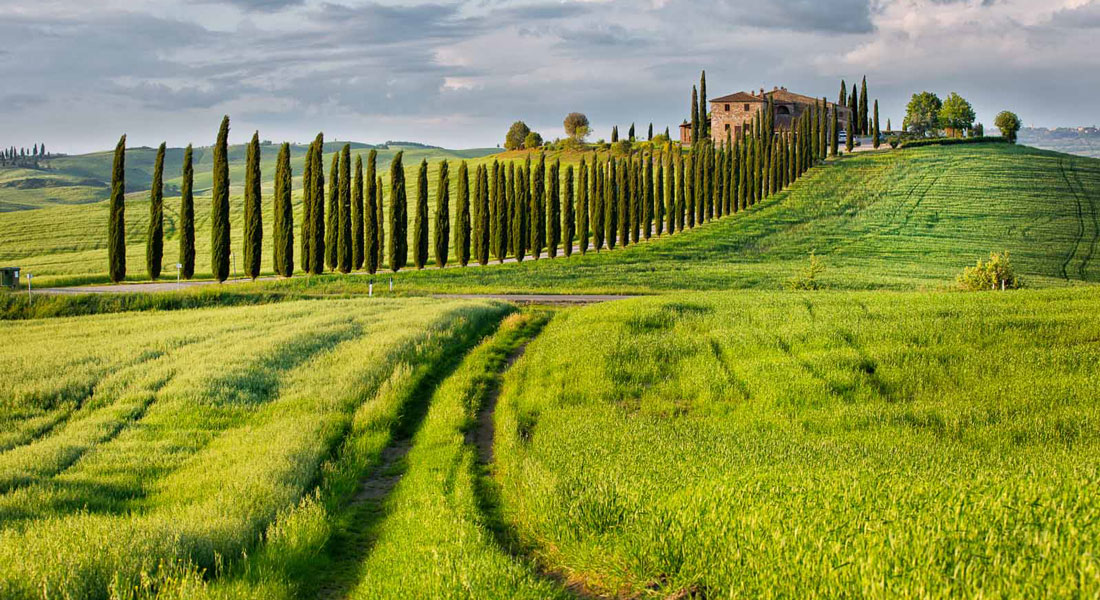 The trains of the Val d’Orcia

On some particular days, when the wind dances over the Val d’Orcia, caressing the houses, the fields and the trees, insinuating itself through the narrow streets of the villages, you can almost hear the whistle of a train, and see a long series of little clouds in the distance. No, it’s not an illusion or a day dream. It is the Treno Natura steam train.

This fantastic train, only for tourists now, runs along a disused railway, the Asciano-Monte Antico railway that was closed in 1994, but then restored by the Terre di Siena association for cultural purposes, due to its high historical and panoramic value. The train runs along this route at a perfectly slow speed so you can admire the Amiata mountain, the Orcia river, wave your habd to San Quirico, Montalcino and Saint’Antimo’s Abbey and take brathtaking photos that look like postcards. The rails follow the natural courses of the rivers and torrents that enrich the soil – the Asso torrent, the Orcia river and the Ombrone river – before arriving at the end of the line at Monte Antico that is already in Maremma.

The train has been renewed and renovated in all its parts thanks to a detailed restoration. The locomotive, the compartment coaches and the diesel engine are true jewels of industrial archaeology that tourists from all over the world can experience the feeling of stepping onto a train just like in the 1800s and be thrown into another dimension like in a tale or a novel. The jolly “choo-choo” of the train will accompany you into the Val d’Orcia, a UNESCO heritage, with the calm and serenity that only a train ride can give you. You can stop at San Giovanni d’Asso or at Torrenieri or at Sant’Angelo and from there continue on foot for an adventurous excursion, or by bike in search of hidden wonders. You can take advantage of the railway to get to the beautiful city of Siena, and complete your voyage in time among its Renaissance buildings.

The tourist train is not always available, the steam locomotive is only used for grand events like the Orcia Wine Fest or town fairs like the “Borgo in Festa” in Trequanda. Therefore, we suggest you ask for information on dates and tickets beforehand. The arrival of this train is a joy for both adults and children and it is hailed by a cheerful crowd at the station that is packed with tourists from all over the world.

San Quirico is right in the centre of this railway so you can hop on the train from the nearest station in just a few minutes. You can admire our village from afar, and go to the other marvellous places in Val d’Orcia, besides having an exclusive entrance to the Amiata Park or to the Radicofani, and lots more too.