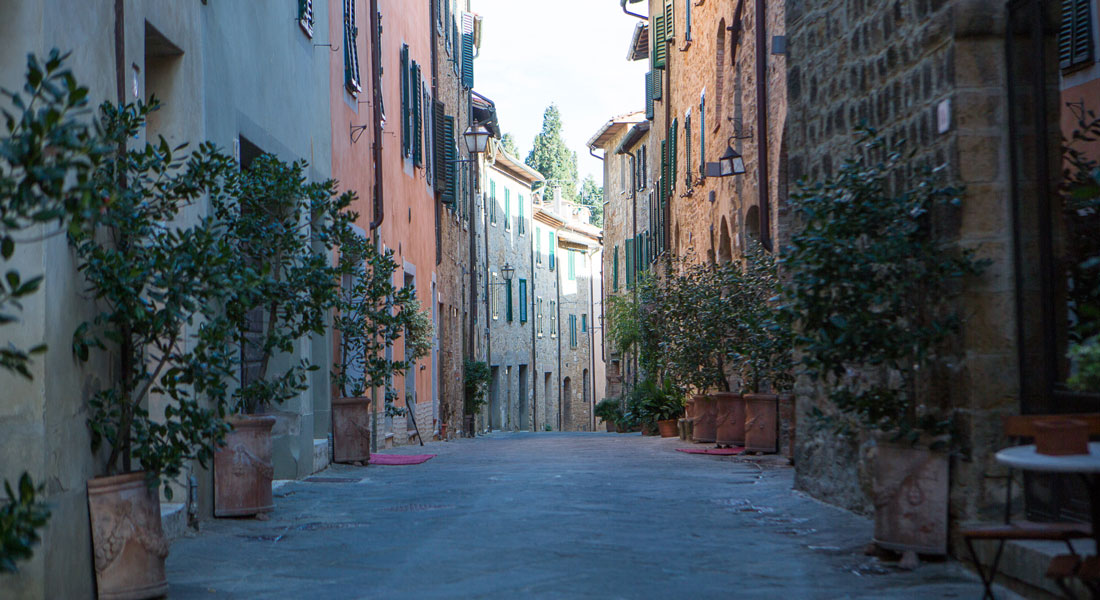 The great beauty of Val d’Orcia, its colours, its skies, its fortified towns, farmhouses, rocky landscapes, churches and endless fields – this sheer poetry has long inspired great film directors, who have often chosen it as a location for their films. This corner of the world, especially in the imagination of American cinema, is actually TUSCANY to Americans. Say the word Tuscany to them and it’s the Val D’Orcia that they think of. It’s here that film directors come on holiday, these are the landscapes they choose as settings for their love stories and dramas.

The full list of films shot here would be far too long, so here are the most representative ones. We should certainly kick off with ‘L’Armata Brancaleone’ – a cult Mario Monicelli film, made in 1965, directed by the giant De Sica senior; then there’s Russian director Andreij Tarkovskij, in all his great poetic genius who, in his film Nostalghia, shows many of the sweetest and saddest features of our region.

And we mustn’t leave out the blockbusters. Our San Quirico D’Orcia appears in Ridley Scott’s ‘Gladiator’, the lead character’s house is located here; while another striking scene is that in The Twilight Saga-New Moon, where lots of figures dressed in red are seen flooding into the centre of Montepulciano. ‘English Patient’ needs to be included, too, of course: a masterpiece of a film that won many awards – it won all of 9 Oscars in 1996 and most of the filming took place in Pienza.
Then there’s an almost infinite list of films by Italian directors, mainly comedies, “‘La mia vita a stelle e strisce” starring Massimo Ceccherini; “Meraviglioso Boccaccio” by the Taviani brothers; and “2021, Un Anno Eccezionale” by Carlo Vanzina, and many others.

San Quirico – beloved home town of well-known figures such as Pope Pius II, Catherine of Siena and Lorenzo De’ Medici – thanks to its medieval charm, has won the hearts of many directors and screenplay writers. Recently, even soap opera makers have been here. Given the special beauty of the town as a whole, all of it was turned into one giant set for the making of ‘The Medici’ TV series, an international production broadcast on Rai 1. Among the many actors involved was the great Dustin Hoffman.

Many love stories and great dramatic movies have been filmed within the walls of our town. A decade or so ago, Brad Mirman chose San Quirico for the set of his film ‘Shadows in the Sun’, shown at the Cannes Film Festival in 2005. ‘L’amore ritrovato’ by Carlo Mazzacurati with Stefano Accorsi and Maya Sansa was instead shown at the Venice Film Festival.
Indeed, the seventh art really loves Val d’Orcia. Want to feel like the star of a great movie? Get yourself to San Quirico – it’s the best place to be.