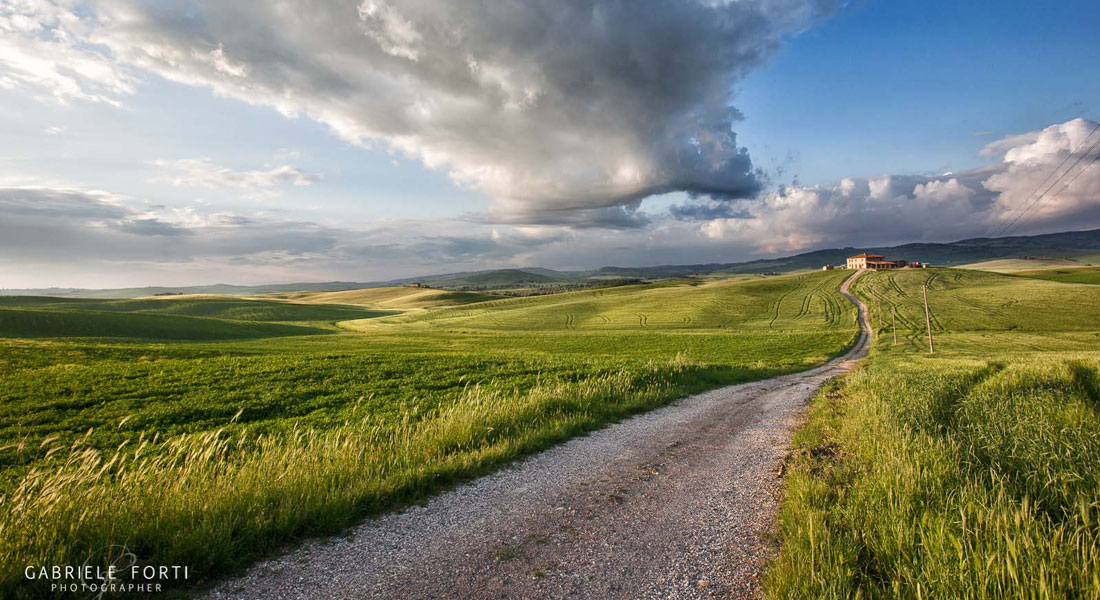 The paths of the Val d’Orcia: excursions for everyone from San Quirico

Thousands of people come to the Val d’Orcia rom roads that millions of people have travelled on. These roads are full of history. Paths immersed in unique landscapes that talk to those who have ears to hear.

The paths of the Val d’Orcia are World Heritage Sites, and are ancient roads of communication among the hills that were once the only connection between houses and towns. They were the only safe routes to cross the woods and flank the rivers. All these paths have been collected in a tourist guide with maps called “I sentieri della Val d’Orcia (the Paths of the Val d’Orcia), in which you can find the maps of 35 different paths immersed in the countryside between San Quirico and Pienza.
The rural tracks can be traversed both on foot and by bike and they are the best ways to discover their natural beauties, smell their perfumes and admire their details.
There are 19 paths in the San Quiricoountryside that go from easy to difficult and from romantic to fun. If you are great sportsmen or lovers of good cuisine, botany or history, you will all be satisfied.

For example, the path from San Quirico a Bagno Vignoni just over 6 km, is easy to traverse on foot in an hour and a half and is ideal for families with children. Thousands of pilgrims from all over Europe have found restoration among the trees or in houses and have found refreshment at the thermal baths along this path that belongs to the Via Francigena. The cypress trees that have made San Quirico famous, are lined on each side of the paths, gently giving way to cultivated fields, while in the distance you can see Monte Amiata and all the Apennines. If you diverge slightly from the path, you can get to Fornace Laterizi or Delle Fornaci which are very small fractions of San Quirico. You will be able to discover how the Senese terracotta is produced and admire the historic buildings still intact, made with red clayey stones, the terracotta bricks besides taking a look at the modern kilns. You will be able to admire the 360° panorama from a hill of Delle Fornaci or see your reflection in a small lake of Fornace Laterizi before picking up your excursion again.

After all this invigorating physical activity, you get to Bagno Vignone, unique and famous in its genre – that can be sensed by the name itself – due to its beneficial waters that gently invade the town in the so-called water square. It is a natural water spring enclosed in a grand pool, excavated in the rock, surrounded by very ancient and beautiful houses. What better conclusion for an excursion than an excellent moment of relaxation in one of its many thermal baths, in a beautiful swimming pool?

We have given you a taste of the unique experiences that you can experience during your holiday in Val d’Orcia. You can stay at the Palazzo del Capitano (the Captain’s Palace), in the Villa or in one of the Dimora del Borgo (the Houses in the Town). There are many paths to traverse on foot or trails for trekking, mountain bikes and also on horse back… but we’ll tell you all about this in the next story!