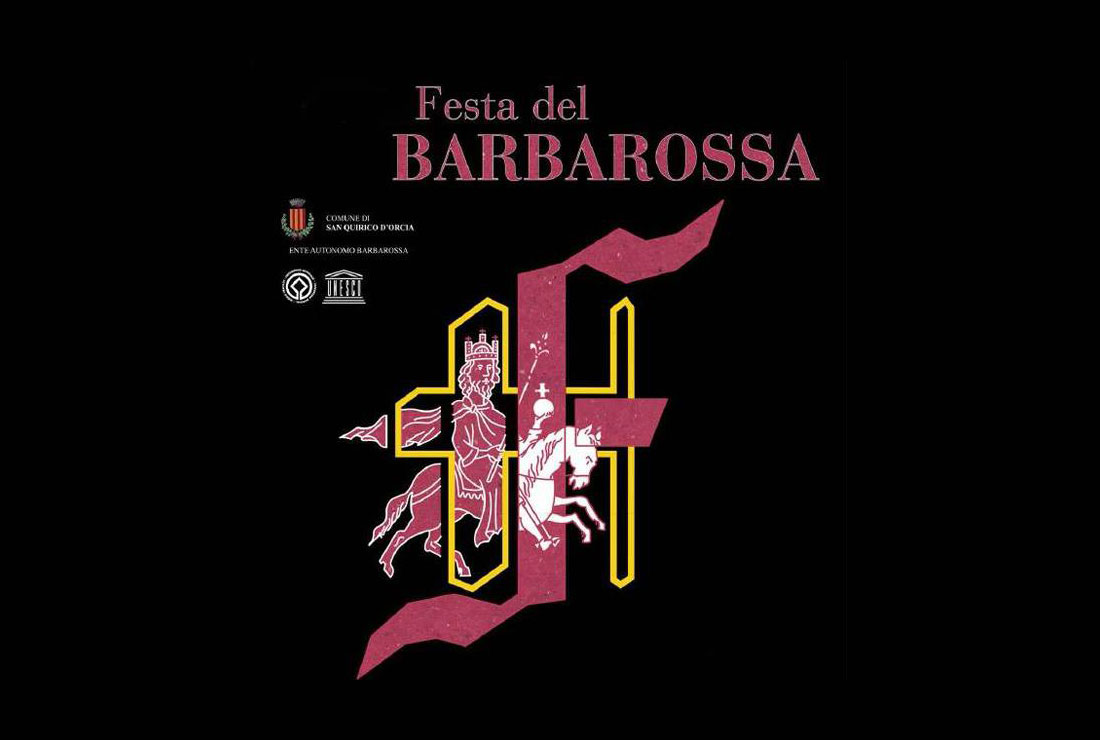 on the second weekend of June

Reenactment in costume of an historical event which took place here in the Middle Ages.
Our forefathers saw the life of the time two aspects: the spirit and the matter the soul and the body and saw them established in the Church and the Empire, personified in the Emperor and the Pope; However, these had to be devoted to the one in St. Peter’s.
The Barbarossa designated by the Empire, but opposed by the Pope in June 1155 fell from the land of the north to Rome and stopped right in San Quirico d’Orcia, the last imperial castle on the Via Francigena, which united and divided him from the papal dominions and here, despite the fierce opposition of a revolutionary monaco, Arnold of Brescia, with the Pope sanctioned the domination on the West.
The festival remembers all this. The people of the castle hail on the steps of the old church The Emperor and the papal messanger. Together rise in the meadow of the Leonini garden (field guns) where young people divided into districts as in the past, in honor of the Emperor competing in games of flags and shots with the bow.